I’ve always known my brother-in-law Mike to be a master conversationalist. Today, I got to see him work his magic again and again. My nephew John remarked that he really appreciates this quality about his father. He likes to listen to his conversations with other adults, however he said his limit is 1 hour!

Today I saw Mike in his prime as he carried on a 20 minute conversation in a language that he didn’t speak. I was watching a conversation savant work his magic. The restaurant owner, Carmen, had no idea that she was his next victim. His approach was subtle, but before you knew it they were talking in small amounts of broken Spanish and then more and more English came out as we went. 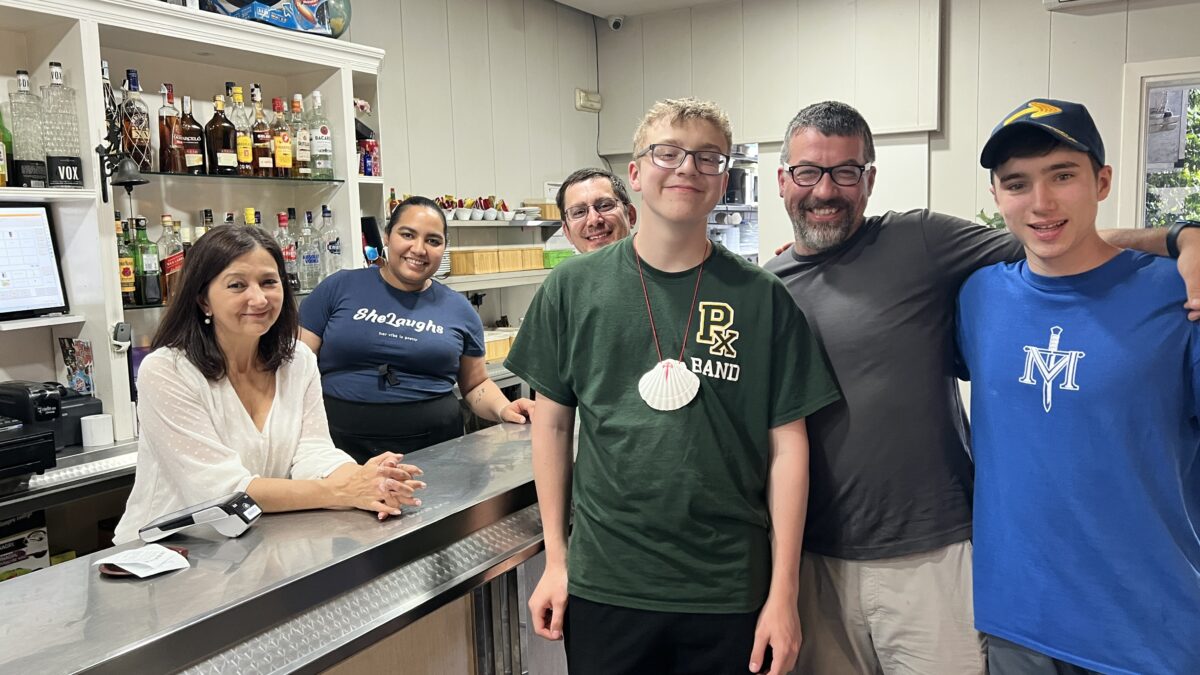 He really gave great effort to speak some Spanish and I think she could really tell he was sincere. Over the course of the next few minutes, the conversation continued. Eventuality, Carmen just had to introduce us to her son who she interrupted from playing video games.

Next, he asked if she has walked to the Camino. After all, her restaurant is located in Sarria, the most popular starting spot on the Way. She firmly said that she had no interest. Then she wondered why we would come halfway across the world to walk some dumb path. Mike then turns his head and points to me like I have some answer. It was actually a great question. Why?

I fumbled about how I love to walk, I love the food, I love the history, but then I finally came to: I love my Catholic Faith. Being on pilgrimage brings me close to God. “Si, for religious,” she replied. “Si,” I replied. She was polite, but could not understand. Not from a language barrier, but from something more. Something deeper. She said that people there in Galicia are all Catholic. However, they don’t practice. They get their child baptized and then come back to get married, but that is it. Practicing that faith just really isn’t part of the lifestyle for anyone around her, even though they would identify as Catholic.

After that, the conversation swung to our family for a bit. She has an 11 year old son that she had when she was 45. I speak very little Spanish, but I could tell that Mike was telling her about his 5 children and their different ages. She was so impressed. I eventually decided to drop the bomb and show her a picture of the 10 children I have with my wife. Her head exploded and she was a mess thereafter. When I went to pay, she was looking at the ground. I said, “Quantos” (that’s usually what I say when I want to pay and it does the job). She lifted her head and said that she was just thinking about all of those 10 kids. We then shared a good laugh.

Pretty soon thereafter we left the restaurant and thanked them for the delicious food. Good thing, Mike didn’t know the Spanish word for “grandstanding.”

Refresh, renew, reorient on the Father and Son Camino 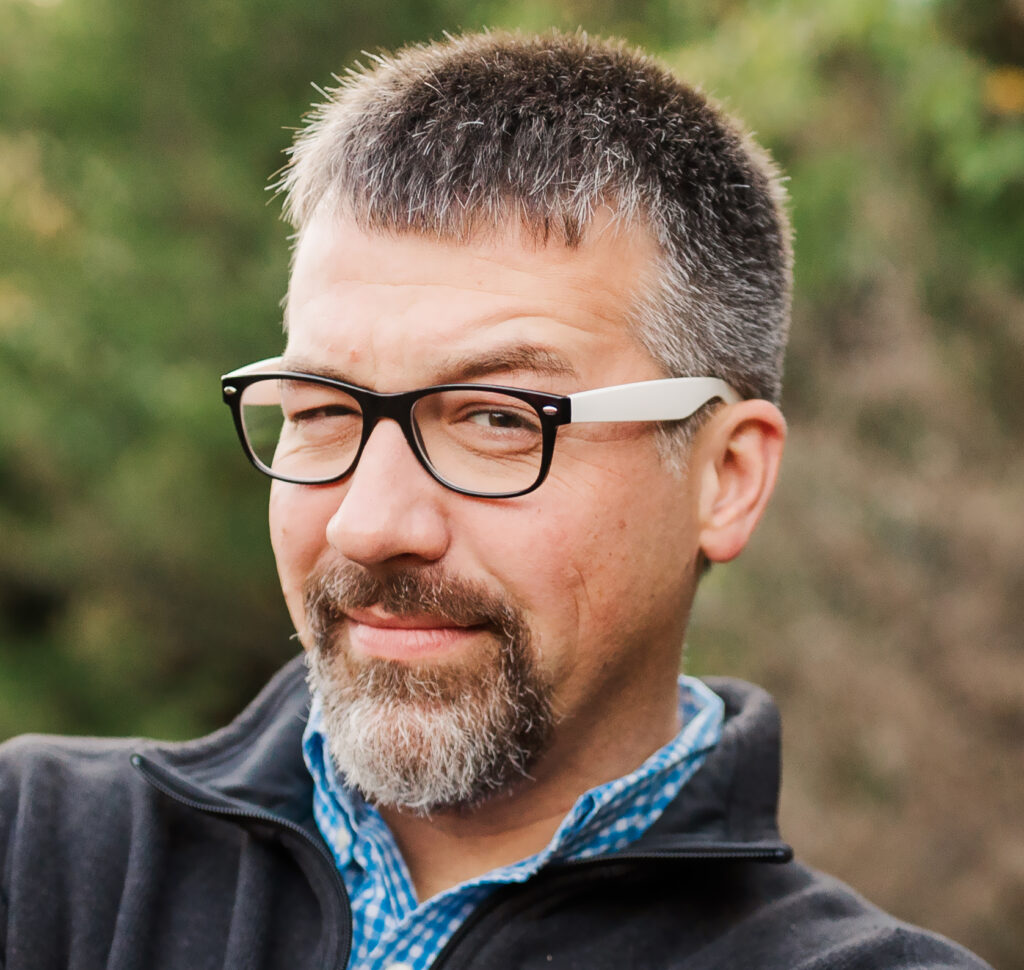 Want to know more about going in 2024?
Email me: al@caminofullyalive.com